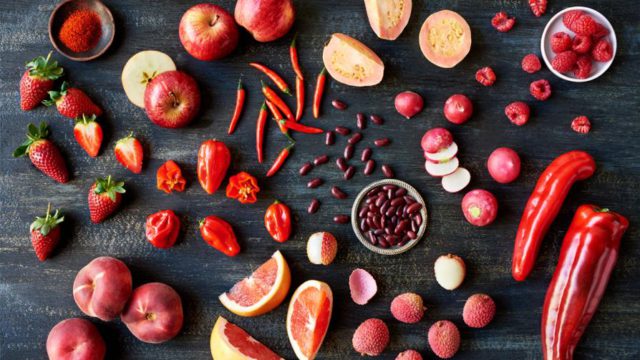 “EAT YER VEGETABLES!” our mothers used to screech, as we pushed a soggy piece of broccoli around our plate, hoping it would magically vaporize.

But let’s be honest: Back then, like today, we knew her nagging (though annoying) was on point. Experts recommend eating around five to six cups, or 400 grams, of fruits and veggies each day, because it can lower blood pressure, prevent cancer, regulate appetite, and reduce risk of heart disease, among many other ailments.

Now, most of us don’t even come close to hitting that mark, what with the constant shoving of fries and pies into our mouths, but a new meta-analysis has found that exceeding it—doubling it, in fact—could be the ticket to a longer, healthier life.

Researchers at the University College London sifted through 95 studies that monitored the fruit and vegetable consumption of almost 2 million people worldwide. The researchers looked for connections between fruit and veggie intake and cases of heart disease, stroke, cardiovascular disease, cancer, and premature death, and the scientists discovered that bumping up how many veggies and fruits you eat to 10 cups—or about 800 grams—a day could prevent approximately 7.8 million early deaths each year.

And you have to eat whole foods—not just pop a “green food” pill. “Most likely it is the whole package of beneficial nutrients you obtain by eating fruits and vegetables that is crucial is health,” said the lead author Dagfinn Aune, Ph.D., of UCL’s School of Public Health. “This is why it is important to eat whole plant foods to get the benefit, instead of taking antioxidant or vitamin supplements.”

So yeah: Hold on to that memory of your nagging mom the next time you’re trying to choose between a greasy pizza and a chilly pile of crudité—it might just help you live longer.

THE REP RANGE THAT BUILDS THE MOST MUSCLE