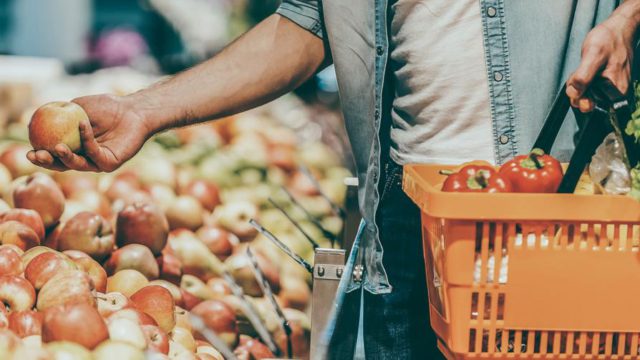 LOADING UP ON more fruits and veggies is something we all know we should do—the USDA recommends that adult men should get two cups of fruit and three cups of vegetables a day. Not many of us are hitting those amounts though, and the CDC found that from 2007 to 2010 76% of Americans didn’t get enough fruit, and 87% failed to meet the veggie recommendations. Clearly, something is off when it comes to our motivation for fresh produce.

Researchers at the University of Florida Institute of Food and Agricultural Sciences think they may have figured out part of the reason why people shun fruit and vegetables—most of us don’t know how to pick the best produce. For their recent study, the researchers surveyed over 1,200 consumers on six types of produce to find out what drives people to purchase the products and what they think makes the best fruits and vegetables.

They found that consumers choose based on aroma and appearance, which researchers say is not the best way to do it, and think that the quality of the flavor of the produce is based on luck, which is also not the case. Other interesting tidbits from the study include the finding that most people buy strawberries, followed by tomatoes; 31% thought appearance was most important when buying produce, which was followed by price; and that they would pay up to a quarter per pound more for better-tasting produce.

The study authors stated that, for one, appearance is not a good indicator of taste or aroma; to check over the fruit thoroughly before buying (including reading the labeling); and following your nose most of the time: If it smells good, it will probably taste good.

8 FOODS TO CUT OUT OF YOUR DIET RIGHT NOW