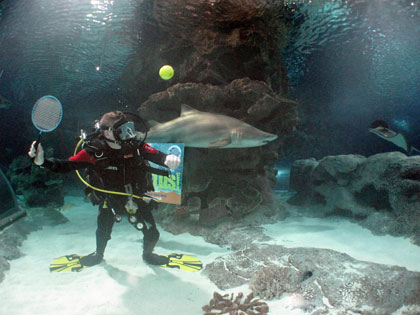 The staff at one British aquarium is going all out this year in honor of Wimbledon.

Inside the 3.8 million gallon tank at Blue Planet Aquarium in Cheshire, U.K., scuba divers have developed their own version of net play. Intrepid “players” took to the water armed with tennis racquets and a supply of specially-weighted balls for the undersea match this week. The scuba tennis is being played in honor of the country’s premier Grand Slam event.

However, with nine-foot sharks and giant stingrays as spectators it’s perhaps not surprising that the divers struggled to string a rally together. 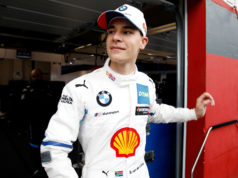 GET YOUR BEACH BODY ON FOR SUMMER