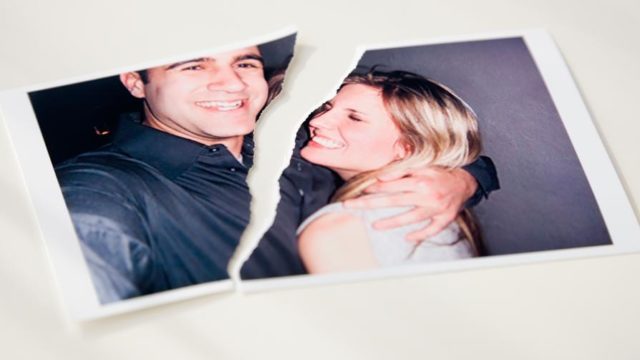 THERE’S NOTHING WORSE then spending an entire dinner thinking about how you’re going to break upwith your date, only to feel that pang of guilt as you share the crème brulee. Better this way, you tell yourself, since I just bought her dessert.

That might not be the best way to go about it, bro. Or so says science, anyway.

When people have to hear bad news about a social relationship, they typically prefer to get a tiny buffer instead of a drawn-out, overly considerate lead-up, a new study from Brigham Young University found.

Now, to be clear: When we say tiny buffer, we don’t mean you should blurt out “We’re done” before she’s even seated. Don’t be a douche.

Instead, deliver the “We need to talk” line after you get the bread so she knows what’s coming. Then go ahead, man up, and do what you went there to do. Don’t ask about her mom, don’t ask about her dog, and definitely don’t tell her you love her. Those things won’t keep her from crying later.

Interestingly enough, participants also preferred directness when being fired from a job, as well as with what they called “physical facts”. (“You’re dying” being the most extreme example.) Will that moment still be unpleasant for both of you? Sure—but it’ll spare everyone the gnawing dread of the buildup.

Also: Maybe just break up with her before ordering that six-course tasting menu, because nothing ruins crème brulee like conscious uncoupling.

Here’s what happens when you become obsessed with weightlifting