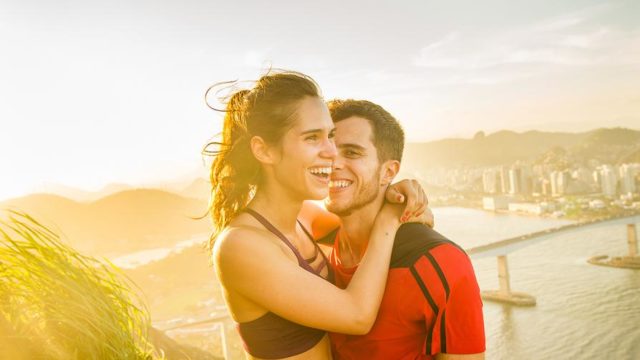 ANY DUDE WITH a girlfriend has probably heard that listening to your lady is one of the best things you can do to have a healthy relationship—in addition to treating her to delicious date-night recipes and keeping her satisfied in the bedroom, of course.

And it turns out that sage advice just might be true—but new research is adding an unexpected twist.

People who just listen during conversations—without being able to read their partners’ facial expressions—can more accurately gauge how another person is feeling, according to a new study published in the journal American Psychologist.

In the study, researchers conducted five different experiments involving more than 1,800 people across the U.S. In the experiments, people were asked to interact with each other under a variety of circumstances: In some cases, they were only able to listen and not look; in others, they were able to look but not listen; and some participants were able to both look and listen.

The results? Those who listened without observing were most likely to correctly identify other people’s emotions.

“Many tests of emotional intelligence rely on accurate perceptions of faces,” says Michael Kraus, Ph.D., lead author on the study. “What we find here is that perhaps people are paying too much attention to the face—the voice might have much of the content necessary to perceive others’ internal states accurately.”

So the next time you’re arguing with your girlfriend, you may want to try only listening to what she’s saying (just make sure she doesn’t think you’re ignoring her)—it could pave the way for sizzling make-up sex. Or, y’know, just prevent her from being pissed at you for a week.

Here’s what happens when you become obsessed with weightlifting

How to do an arched-back pullup