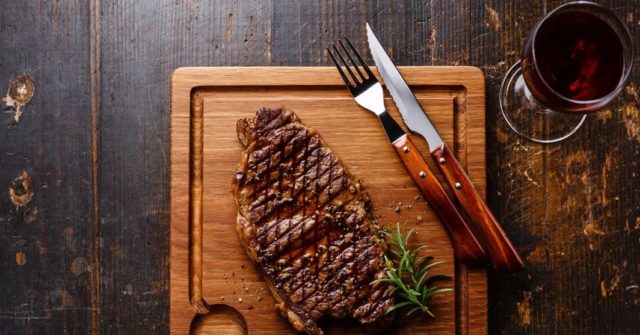 Heavy, boozy red zinfandels and cabernets you usually see served with winter meals can be high in higher in calories.

But there are still plenty of options naturally low in alcohol (which means they have fewer calories).
For example: “Wines from Beaujolais and the Loire Valley of France are lower in alcohol and higher in acidity; and not only do they have fewer calories, they’re also more versatile, so they go with a wider array of foods,” says Jason Wagner, Wine Director at the Union Square Cafe in New York City.
For red, look for a Beaujolais that’s labeled “cru Beaujolais”—meaning it’s from the best vineyards; and for white, grab a muscadet.

“Big, bold wines can overwhelm some dishes and get you drunk faster,” Wagner says. “But these wines can be consumed in greater quantity without getting you wasted. They’re also a great counterpoint to rich holiday dishes.”

5 WAYS TO FUEL UP FOR YOUR EARLY-MORNING WORKOUTS

The beginner’s guide to calisthenics

The 8-round fat-loss circuit to burn serious calories