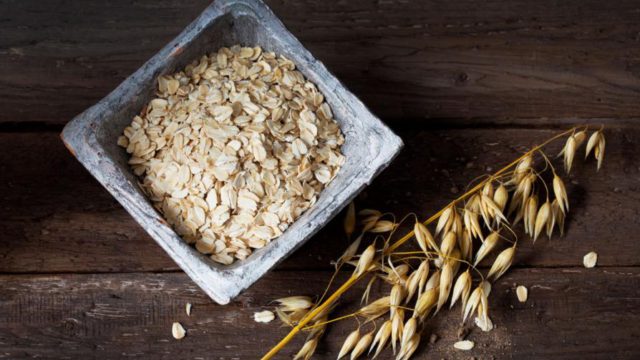 “BLAH, BLAH, BLAH, bacteria are the best!” studies seem to shout everyday. But it’s partially true: These often-overlooked microbes (at least from a nutritional standpoint) are vital for a multitude of bodily functions (at least the beneficial ones)—and we’re now beginning to understand how powerful they really are.

To wit: Simply eating whole grains can affect the populations of bacteria living in our gastrointestinal tract, according to a new trial published in the American Journal of Clinical Nutrition. For the first two weeks of the eight-week study, the 81 participants ate a “Western diet” high in refined grains. Then, in the last six weeks, researchers broke participants into two groups, one of which stayed on the Western diet, while the other half switched to meals high in whole grains. Both diets were similar in calories, fruits, veggies, and protein, and were created to not affect weight.

To find out how the whole grain–heavy diet affected the subjects, stool samples were taken and the abundance of short chain fatty acids—which are produced by good bacteria—was calculated. (We don’t wanna know how, but the experimental methods are all spelled out here.) The whole-grain eaters had more of the acids produced by beneficial bugs, and a decrease in a type of bacteria known to cause inflammation.

“The strength of the study is that we found modest effects of whole grain on gut microbiota and measures of immune function,” said senior author Simin Nikbin Meydani, Ph.D., director of the nutritional immunology laboratory at the Jean Mayer USDA Human Nutrition Research Center on Aging at Tufts University in Boston.

Start your own experiment and follow our healthy whole grain guide to please your gut bugs. Stick with it for at least two months and cut out all refined, processed grains and maybe your bacteria populations will reward you with a stronger immune system.

4 OF THE HARDEST PLANK VARIATIONS FOR STRONGER ABS

Burn It: How To Purchase Your Dream Car.