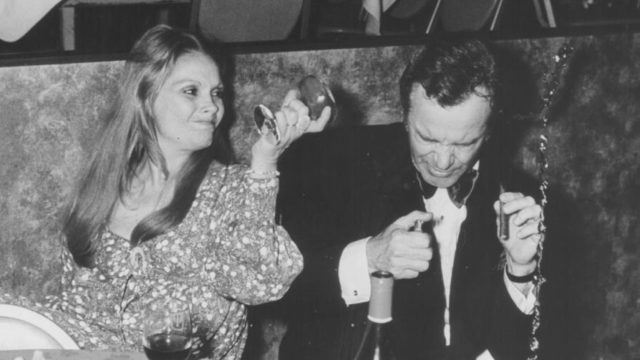 ALRIGHT LADS, IT’S officially time to scale back on the use of the eggplant emoji on Tinder.

Starting Wednesday, Tinder is rolling out a new “Reactions” feature on the app, specifically geared toward women. The dating app launched the feature as part of its tongue-in-cheek “Menprovement Initiative“.

What does this mean for you? It means it’s time to clean up your act, lest you want the only response you get to be the “Really?!” reaction or the “martini in the face” reaction. (No, we’re not kidding.)
Don’t worry, you’ll have a few options for reactions as well, including the standard hearts and laughs. But we’ll be real: A guy’s options are nothing compared to the arsenal of responses she’ll have to swat away your douchebaggery.

Win her over with your charm and you might receive anything from a burst of laughing emojis or a slingshot-fired explosion of hearts. The wittier you are, the more rounds of applause you’ll receive. Expose yourself as a chauvinist idiot, however, and you could easily earn an eyeroll or a “strike!” And every time you roll in with a lazy guy’s “show-me-your-junk” pickup line, you’ll get a figurative drink in your face. Sure, it beats a real drink to the face, but still. Have some dignity.

Tinder says it’s also rolling out features like swiping to unmatch and some newly designed community standards, which is great. Really, though, we can’t wait to overhear some idiot at the bar lose his shit over a virtual projectile martini.

And if you don’t understand what all the fuss is over because you hate dating apps to begin with? That’s perfectly normal, dude.

CAN YOU DATE YOUR PERSONAL TRAINER? PLUS 4 OTHER FAQ’S