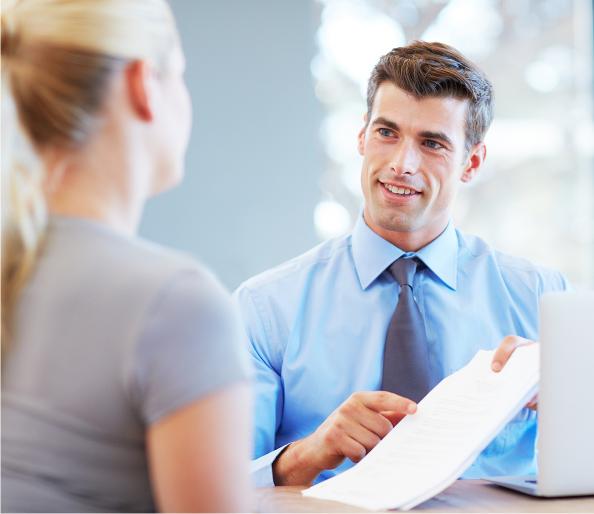 If you’ve ever played with the idea of donating your swimmers, check out this research, which found what traits women look for in a sperm donor (Hint: The socially inept and lively extroverts need not apply).

You’re probably not inclined to tack “sperm donor” on your résumé, or throw it up as a fun fact your social media channels either. We get it. “There’s a bit of a taboo about sperm donation,” Ilowite says. “Men want to know exactly how they’re displayed on the website.” You’ll be relieved to know your face and name are completely hidden; meanwhile, your profile is reminiscent of a dating website. If a couple likes your traits, they’ll choose you. You can also opt to be an anonymous donor or an ID disclosure donor. (Which brings us to slide 2.)

Are there different types of donors?

Anonymous donors are men who choose to be entirely nameless and unreachable. “Any child born of their specimen will never know who they are; the only information they’ll ever get is the health and genetics information provided on the website,” Ilowite says. ID disclosure donors wish to share their information. “When a child reaches the age of 21, they can contact the sperm bank, provide proof their biological mother purchased the sperm specimen, and then we can provide him/her with the sperm donor’s last known contact information,” Ilowite adds. Currently the CryoBank in Manhattan, has about 40 Anonymous Donors and 70 ID Disclosure Donors. (As you can imagine, this number changes month to month.)

How often can you donate?

The most you can donate is three times a week. This coincides with the sperm banks regulations outlined, next, on slide four.
Do you have to abstain from sex at any point?

“There’s a recommended abstinence period of 2-5 days per donation that’s ideal for donation,” Ilowite says. Your body is constantly producing sperm. The longer you wait between ejaculations, the more sperm there is to sample. Aside from sperm count, this is also the optimal amount of time to test the amont of sperm that’s swimming in your semen, how well that sperm is moving, and whether their shape is up to par with healthy sperm standards.

How much money can you make?

While compensation varies among sperm banks, a donor can expect to make R1 184 – R1 559 per donation, Ilowite says, depending on whether you’re an anonymous or ID disclosure donor. Anonymous donors earn less than ID disclosure donors simply because they’re giving up more, allowing any and all biological children to make contact. If you’re donating three times a week, you can make upwards of R13 612-R18 717 each month. That’s R163 348-R224 604 a year.

How is the sample collected?

Masturbation is the means to an end, as you know. For the most part, visuals are allowed to help get you in the right mindset. But lubricants can pose a problem because most damage sperm motility. You’ll ejaculate into a collection cup. Make sure you collect all of your ejaculate:Most of your sperm cells are in the initial phase of your ejaculation. Some labs require you do this on-site since sperm needs to be kept at body temperature to preserve the integrity. Others will let you do your business at home, then drop off the sample; but again, you need to be sure the sample gets to the lab fairly quickly (about 30 minutes) after ejaculation so the sperm doesn’t get too cold or hot.

“We screen for infectious diseases, 22 genetic diseases in the lab, and partner with another company who screens for over 500 genetic diseases,” Ilowite says. “Men complete a medical history exam, which is about 20 pages long, have a physical exam every 6 months, and are screened for infectious diseases every 3 months,” she adds. Ilowite is also a social worker, so she does a psycho-social assessment of all donors, too, which is fairly unique to their program. Men are asked to provide 2-3 childhood photos as well. These results, and photos, are made available only to people who purchase a subscription to the website. What’s more, men have to meet 10ml of sperm per vial for all recipients (this is a guarantee for all recipients), so banks will conduct about three semen analyses to make sure the donor can meet that consistently.

Is there really a height requirement for donors?

“Generally our minimum height requirement is 5’9”, but you’ll definitely see donors on our website who are shorter than that,” Ilowite says. Banks don’t completely rule out donors who are shorter-than-average, but they take it into consideration—among many other things. “The height requirement actually has a lot to do with recipient demands—what an individual or couple is looking for,” Ilowite explains. A tall donor is in much higher demand than a shorter one.

Some places offer incentives. Is that normal?

“There are some banks that offer movie tickets and gift certificates,” Ilowite says. “We offer our donors snacks after they’ve donated, pre-medical screening, and every 3 to 6 months they’re getting physicals, so that’s the incentive here.”

Is there a cap on how many families you can provide for?

In media and movies, people have developed the impression donors can have hundreds of biological children running around in the world, but that’s not the case. “Most reputable banks have family limits meaning recipients give consent to reporting pregnancies,” Ilowite says. “Once a donor has confirmed pregnancies for 25 families, then he won’t be available for purchase anymore.” Some banks have that, some don’t, some have a higher or lower limits.

This is actually one of the most common misconceptions people have about sperm donation, Ilowite says. “Guys think donors come in, donate once, then we never see them again, but it’s actually a very big time commitment,” she explains. If you want to be a donor, you sign your consent to commiting to provide 60 donations. “Generally, that’s about once a week for a little over a year,” Ilowite adds. “But most of our donors donate much longer than that.”

Besides, donors aren’t released until they pass a 6-month quarantine: The FDA requires all donorations go into a quarantine, meaning once a guy starts donating, his samples aren’t available until he’s had that 6-month screening (infectious disease inspection and physical). “They need to test negative in order to be available for purchase so their vials wouldn’t be available for purchase for at least 6 months into their donation period,” Ilowite says, so the minimum time commitment is about 7-8 months to a year.

11 REASONS YOU HAVE NO ENERGY

Icing Your Muscles Post-workout May Not Be the Best Way to Recover, After All