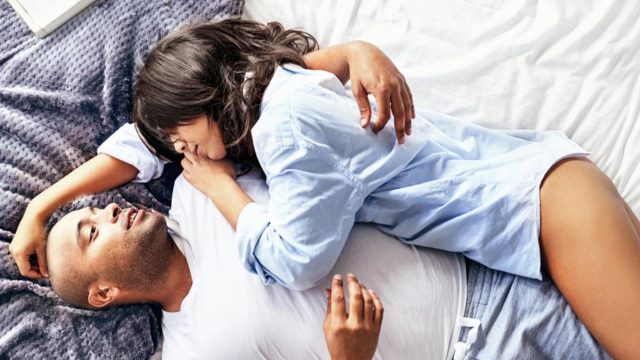 YOU CHEATED. BUT even though you’ve been unfaithful, you still want to be with your girlfriend—so you made the right play, fessed up, and told her. And even though she’s likely to suspect you’ll cheat on her again in the future, she says forgives you.

But at this point the question you probably can’t get past is: Does she really forgive you?

Thing is, you’re probably not the only person to be haunted by the “forgiveness” over infidelity. Both men and women tend to not believe their partner’s forgiveness over cheating, according to a new study published in the journal Evolutionary Behavioral Sciences.

In the study, researchers from the Norwegian University of Science and Technology surveyed 92 heterosexual couples, and asked them questions about their responses to imagined sexual or emotional infidelity by their partner or themselves.

The results? People typically didn’t believe that their partner had forgiven them, and they said they were more likely to overcompensate by doing things like being more attentive or buying gifts. And while there were plenty of similarities between the sexes when it came to the aftermath of cheating, there was one exception: While sexual infidelity strongly affected both men and women, women are much more affected by emotional infidelity—like lingering at the after-work happy hour with your good-looking coworker, or venting about your relationship to your conspicuously single friend from college.

“Many men do not see this as infidelity at all, since they did not have sex with the other woman,” says Professor Leif Edward Ottesen Kennair, an author on the study.

So before you have that lunch date with the girl who isn’t your girlfriend, you may want to check out our We Asked 20 Womencolumn on “what counts as cheating” for a quick refresher on how she might feel about it. (Hint: Not great!)