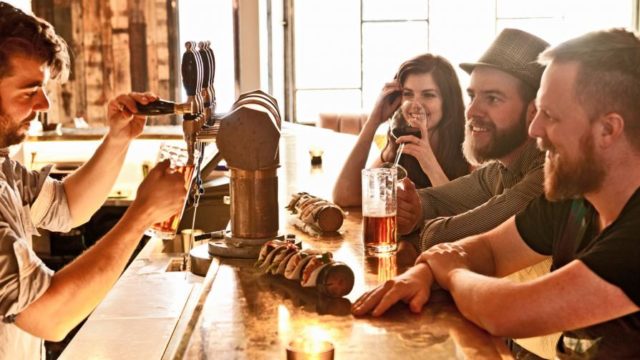 This week’s grim news from the health world: Even light to moderate alcohol consumption can cause cancer, according to a statement from the American Society of Clinical Oncology released Tuesday.

Compared to abstaining from alcohol, consuming just one alcoholic drink each day boosts the risk of breast cancer by 5%, throat cancer by 17%, and esophageal cancer by 30%, according to the statement. And overall about 5% of new cancers and 6% of cancer deaths each year are directly correlated to alcohol consumption.

“People typically don’t associate drinking beer, wine, and hard liquor with increasing their risk of developing cancer in their lifetimes,” Bruce Johnson, M.D., the president of ASCO, said in a press release. “However, the link between increased alcohol consumption and cancer has been firmly established.” The ASCO comprises 40,000 cancer doctors and researchers, according to its website. It is also affiliated with the Conquer Cancer Foundation, which funds cancer research and support programs.

Had no clue alcohol could contribute to cancers (other than liver)? Don’t feel too bad. Most people don’t.

And if you’re reading this thinking, Give me Guinness or give me death! don’t panic. Other research has touted the supposed health benefits of red wine (resveratrols, a compound in wine, act like antioxidants to protect your body). Likewise, the occasional beer likely won’t be your downfall. But if you’re trying to cut back on your booze consumption, then let this be a good reason to start now. (And if you need another reason, remember that drinking lots of calorie-packed booze tends to pack on the pounds.)

So remember: sip smart. And while you’re at it, check out everything men need to know about recognizing and beating cancer.

THE AGE-OLD TRUTH ABOUT ATHLETES