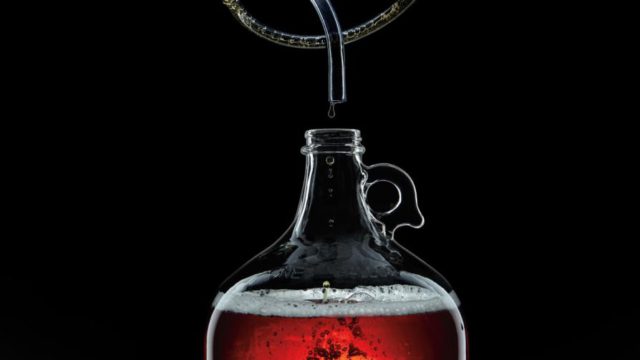 IT’S 4 A.M., and you’re staggering home from the bar when you see the sign: Taco Bell, your oasis of sodium and saturated fat, is beckoning. And even though you’re trying to eat clean and lose weight this year, the mere thought of late-night snacks suddenly overrides every instinct to go straight home, and instead you become Pac Man, chomping down Crunchwrap Supremes with wild abandon.

The only question (which you’ll ask yourself the morning after, when you wake up under a pile of foil burrito wrappers): Why?

Contrary to what you might expect, it’s not that all those half-price Bud Light Limes are blunting your self-control. Instead, it might actually be that the alcohol has convinced your brain that you’re hungry, according to research published in Nature Communications.

In the study, researchers used mice, though they believe the results apply to humans, too. The barfly mice were more or less soused for three days—a quantity similar to you downing about a bottle and a half of wine. While the mice marinated, researchers monitored their brain activity and found the booze increased activity in neurons called AGRP, which sound off when your body goes into starvation. As a result, the mice ate more than usual.

Then, the researchers repeated the experiment—but this time they blocked the AGRP neurons with a drug. This time, the mice didn’t gorge as much. The natural conclusion? Researchers believe the neurons are responsible for the boozy binge eating.

So: Next time you’re in the bar and find yourself edging toward your friend’s basket of fries ready to drop your hand like a vending machine claw, stop. You’re probably gonna eat anyway, so opt for something healthy and filling—like a grilled chicken sandwich or maybe even meatballs—so you don’t dip out and indulge in some water dogs from the street vendor or a greasy slice of pizza.

After all, study author Ian Gilmore says: “Alcohol is responsible for over 60 illnesses and conditions on its own, and drinkers place themselves at even greater risk when their drinking is combined with over-eating, especially because when people drink they are more likely to make less healthy food choices.”

While you’re at it, order smarter—read the healthiest drinks you can order at the bar and avoid the eight unhealthiest.

9 amazing things drinking coffee does for your body

The 5 best cross-training workouts to amplify your athletic training

HOW TO RELIEVE PLANTAR FASCIITIS